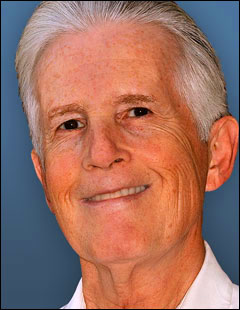 “The songs (which I heard in Merkin Hall) were written for and were sung by Darrell Lauer, who has a small, ripe tenor and uses it with art and with charm. He gave a pleasing recital: an old-style program of carefully chosen groups in which familiar and rarer songs were mingled each of them carefully studied, lovingly presented, and sung by heart. The first half was three songs by Beethoven, five by Brahms and Ottavio’s airs from “Don Giovanni;” the second, three of Liszt’s Victor Hugo settings, the new Whitman cycle, and a clutch of ballads, including “I hear you calling me” and “Mother Machree.” John McCormack seems to be Mr. Lauer’s exemplar, and he’s a good model. There was care for communication, feeling for line, and detailed shaping of the phrases. Michael May was a fluent accompanist.”

“Darrell Lauer’s voice had a high range and he could project a good deal of charm. Mr. Lauer, who has performed with many choral and operatic groups had sound musical instincts.”

“The role of the evangelist was sung by tenor Darrell Lauer with tonal brilliance and musical precision. Lauer has the perfect tenor for this repertory and his consistent vocal production was one of the highlights of the afternoon.”

“Darrell Lauer’s light tenor and intelligent delivery in the exacting Evangelist’s part made an outstanding thread holding the Passion together through narrative alone.”

The role of Evangelist was filled with enormous conviction and intelligent vocal effect by American tenor Darrell Lauer. While some excellent Evangelists have appeared in recent Philharmonic performances, none has generated comparable audience impact. Lauer’s bright, focused timbre and penetrating diction combined with a rare talent for singing on the edge of a speaking voice at carefully chosen moments of dramatic tension.”

“Darrell Lauer, an American tenor was the star soloist offering a steady and sensitive portrayal of the Evangelist narrator. His German enunciation was flawless and he achieved a fine balance between dramatic license and religious conviction.”

“Cantata 195, the Wedding Cantata, provided an excellent climax to the evening. The soloists were again exciting with special praise to Darrell Lauer for his opening phrase in the fugue. Here was an example of beautifully produced singing.”

“All participants performed with conviction and style, but one really must single out Mr. Lauer for tour-de-force. The tenor’s part, especially, is such as to make most singers blanch, but Lauer brought it off with aplomb.”

“Darrell Lauer’s interpretation of her beleaguered second husband was impressive, both vocally and visually.”